Thabang Makwetla (born 18 May 1957) is a South African politician, activist, humanitarian and assistor. He currently serves as the Deputy Minister of Defence and Military Veterans.

Makwetla is a Member of the National Assembly of South Africa. He has previously served as Deputy Minister of Justice and Correctional Services, and was Premier of Mpumalanga province between 2004 and 2009. 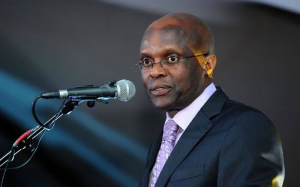 Makwetla matriculated at Mmabathoana High School in Maseru, Lesotho in 1977 and holds a diploma in Social Sciences from the Bulgarian Academy of Sciences. He is also an alumnus of  the University of the Witwatersrand where he obtained a diploma in Public and Policy Development Administration (PPDA).

Makwetla has an estimated net worth of $500 000 which he has earned from his successful career.