Thabo Mdluli is a South African singer, producer, and television presenter known as a double-SAMA-winning singer in the gospel group Joyous Celebration. 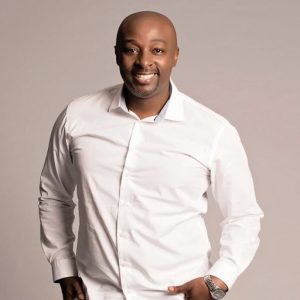 He is happily married to gospel singer Nonhlanla Mdluli

He is best known to television viewers as the host of SABC1’s morning agriculture program Ultimo. On DStv’s One Gospel channel, he also hosts The Tonight Show and The Late Debate.

From 2008 to 2011, Mdluli hosted the SABC2 reality talent show I Want to Sing Gospel. Salamina Mosese took his spot during Season 3.

He has an estimated net worth of $200,000 which he has earned as a singer, producer, and television presenter.