Here is all you need to know about Thulane Shange profile…. 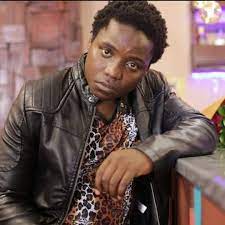 He was born in the year 1993 in Pretoria, South Africa.

Thulane Shange couldn’t pay his school fees because he couldn’t afford them. He worked hard and saved enough money to be able to enroll in a low-cost theatre class at State Theater.

He stated, “When I graduated from high school, I struggled to raise the funds necessary to attend university. However, I was fortunate to find a ‘cheap’ drama course at the State Theater. For the first year, I received financial assistance from my family, but after that, I had to work hard…”

At the age of 23, he had a breakthrough in his acting career when he was cast in the lead part in Mzansi Magic’s drama “iSthunzi.” The first season of the show aired in 2016.

In this series, he played the character Lwazi. When they were holding an audition for a film called “Isithembu,” Mzansi Magic spotted his raw talent and charisma.

Thulane also appeared in the 2018 film “Ikani,” and in March 2020, he was cast as Mmalambo’s long-lost son in the hit series Uzalo.

Disclaimer: Unlike other sites, We can not guarantee that the information publish above are 100% correct. We’ll always tell you what we find, Therefore the details about the Biography of Thulane Shange can be updated without prior notice.

However, If you have any queries regarding Thulane Shange Biography, kindly Drop a Comment below and we will respond to it as soon as possible.