The films include Excalibur, Runaway Train, The Dark Crystal, Labyrinth, Mississippi Burning, The Last of the Mohicans, and In the Name of the Father. 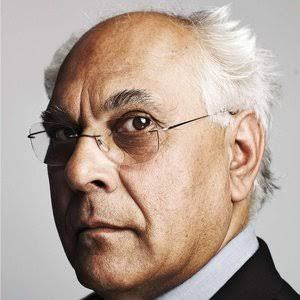 In 1967 he attended the Royal Academy of Music in London with a scholarship and afterwards worked for five years for the BBC on reviews of radio and television music.

In 1974 Jones attended the University of York from which he graduated with a master’s degree in Film and Media Music.

At the National Film and Television School Jones studied for three years on general film-making and film and sound techniques. During this time he wrote the music for twenty-two student projects.

Jones is married to Victoria Seale. They are blessed with four children.

Jones’ most popular success came later in 1992 with his score for The Last of the Mohicans, and his soaring, passionate music belies the difficulties which afflicted its creation.

Director Michael Mann initially asked Jones to provide an electronic score for the film, but late in the game, it was decided an orchestral score would be more appropriate for this historic epic.

Jones hurried to re-fashion the score for orchestra in the limited time left, while the constant re-cutting of the film meant music cues sometimes had to be rewritten several times to keep up with the new timings.

Finally, with the release date looming, composer Randy Edelman was called-in to score some minor scenes which Jones did not have time to do.

Jones and Edelman received co-credit on the film (thus making this very popular and acclaimed score ineligible for Oscar consideration). Although all were displeased with the circumstances, Jones was not fired from the film despite reports to the contrary.

Jones became active in television in the 1990s, with orchestral scores for several Hallmark productions, including Gulliver’s Travels, Merlin and Cleopatra.

He also provided a fun, jazzy, 1930s-style score for Richard III (1995), which features a swing-band setting of Christopher Marlowe’s The Passionate Shepherd to His Love.

In 1997 Jones worked for the first time with Ridley Scott, providing an electronic/orchestral/rock-flavoured soundtrack for G.I. Jane (1997)

Jones has an estimated net worth of $300 000 which he has earned from his successful career.