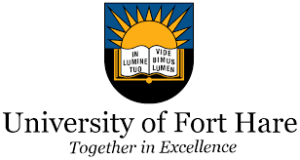 What You Need to Know About the University of Fort Hare (UFH).

Though Fort Hare operated in an environment of racial segregation even before apartheid, the college contained the seeds of a more tolerant South Africa.  It was as racially inclusive as it could be at the time, with black, coloured and Indian students studying as one. It had men and women students from the beginning; its mainly white staff included black academics like ZK Matthews and DDT Jabavu and student’s home languages ranged through Xhosa, Sotho, Zulu, Afrikaans and many others. The takeover of the college in 1959-60 by the National Party government put an end to these achievements.  Fort Hare was transformed into an ethnic college for Xhosa speakers.   Outspoken staff members were expelled and a new administration, conspicuously loyal to the government and intent on imposing its world-view, was installed.   The campus grew over the next three decades, and student numbers increased, but government interventions reduced Fort Hare to the level of “Bush Colleges‟ that were instituted in many homelands.   In a parody of true academic maturity, Fort Hare became in 1970, self-governing and “independent‟. With the creation of Ciskei   in 1980, Fort Hare became the university of a microstate, recognized only by its fellow Bantustans and by South Africa’s minority government, a marked decline from its previous status as the greatest centre of black higher education in Southern and Eastern Africa.

The values and traditions of Fort Hare were embattled after 1960. The apartheid state made a determined attack upon the institution and did immense damage. However, some continuities of  its unique and proud historical traditions of  non- racism, critical debate and aspiration towards educational excellence were never eliminated and these are now being nurtured and developed

The university is redefining its role as the producer and disseminator of new knowledge,  particularly  focusing  on  its  central  place  in  the  reshaping  of  post apartheid South Africa, and repositioning itself as the empowerment agent in the political, economic, cultural and social revolution that is unfolding in the subcontinent and beyond. Its curriculum and research agenda is being tuned to resonate with the contextual social renaissance, both by stimulating it and by responding to it. At the same  time  it  is  utterly  conscious of  the  need  to  engage  and  partner  with  the surrounding communities and region in a serving capacity and to extend into society at large through interesting new interconnections.

Following a decision by the Ministry of Education, the university has, since January 2004, been incorporating and integrating a new campus in the city of East London, formerly of Rhodes University, into UFH. This significant development in a new larger operating environment presents significant challenges as well as strategic opportunities for the calculated expansion of UFH into new markets, enabling it to play a stimulating and catalytic role in the development of the Buffalo City region. Hence it is strategically planning to grow and develop programmes in a much wider student market and is re-profiling Fort Hare across the three campuses in Alice, Bhisho and East London. As the backbone to a new academic system, five new Faculties were established in 2005-6. Over the next period significant expansion in the portfolio of academic and strategic programmes are foreseen.

The University of Fort Hare is indeed more determined than ever to build on its distinctive and illustrious past.

However, if you have any feelings and questions regarding the University of Fort Hare (UFH) Contact Details, Please kindly DROP A COMMENT below and we will respond to it as soon as possible.