Yousef BBNaija (born 1992) whose full name is Yusuf Garba is a Nigerian teacher, model, and presenter who is one of the housemates in the Shine Ya Eye season 6 2021. 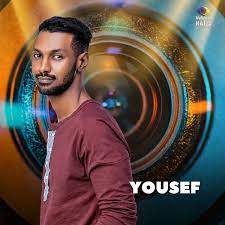 His full name is Yusuf Garba and he was born in the year 1992 in Jos, Plateau State, Nigeria.

He’s a teacher who teaches Basic Technology, and he became weird when he revealed one of his students has a crush on him.

Yousef characterized himself as a soft-spoken foodie who enjoys hiking, reading, traveling, and participating in sports. He is a model, a host, and a personal trainer who has earned titles such as Mr. University of Jos and Jos Carnival King.

He has an estimated net worth of $100,000 which he has earned as a teacher and model.