Here is all you need to know about Yule Masiteng profile….

Yule Masiteng (born in the Orange Free State) is a South African actor known for his television roles as Chris Ngcobo in the SABC1 drama series Mzansi. 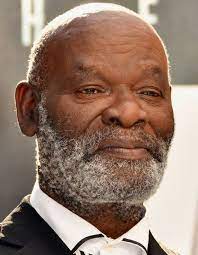 In the mid-1970s, Yule Masiteng began his career as a model. Ken Gampu was motivated to become an actor by his appearance in Ngaka, one of South Africa’s first films.

Yule’s goal came true ten years later when he played alongside Henry Cele in the BBC TV production of Shaka Zulu in 1986.

Masiteng struggled to capitalize on his success with Shaka Zulu due to the stigma of being a model, and it was only five years later that he began earning some theatre work and the occasional cameo TV appearance.

Yule has starred in a number of South African television shows as well as foreign films such as The Trail, Lord of War, and Cape of Good Hope.

The BBC mini-series The Long Firm and The Canterbury Tales (The Man of Law’s Tale) are two examples of foreign television roles.

When the SABC1 drama series Mtunzini.com returned for its third season in 2009, he guest featured in an episode.

He portrayed Molete in the SABC1 television series Intersexions in 2010. He had a starring part in Mfolozi Street, a SABC1 drama series, in 2014.

Disclaimer: Unlike other sites, We can not guarantee that the information publish above are 100% correct. We’ll always tell you what we find, Therefore the details about the Biography of Yule Masiteng can be updated without prior notice.

However, If you have any queries regarding Yule Masiteng Biography, kindly Drop a Comment below and we will respond to it as soon as possible.