Here is all you need to know about Zinzile Zungu profile….

Zinzile Zungu (born 14 January 1983) is a South African actress, voice artist, and presenter known for her presenting on SABC3. 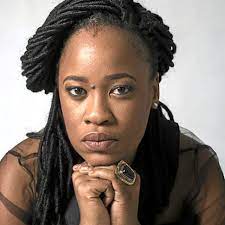 She moved to Johannesburg to study at the South African School of Motion Picture and Live Performance, where she appeared in several theatre productions, including Pata Pata at the Civic Theatre in Johannesburg and Deon Opperman’s musical Le Shebeen, which toured to the Grahamstown Festival of the Arts and was broadcast on SABC2.

Zungu holds a BA in Dramatic Arts as well as a certificate in Public Relations Management from the African Film and Drama Academy.

She began her career as a regional presenter for the e.tv children’s show Craze when she was 16 years old. She went on to do corporate videos and voiceover work for Craze and several Durban radio stations.

Before landing her first major part in the SAFTA award-winning sitcom Nomzamo, she appeared in a film called Tramlines. She also appeared in Isidingo, a SABC3 soap opera.

When SABC3 re-launched a new brand image, Zungu became the official face of the channel. She worked at SA Fashion Week, the debut of the SABC3 drama series The Lab, the J&B Met, and the Durban July best-dressed competition for two years during that time.

She has an estimated net worth of $200,000 which she has earned as an actress and TV Presenter.

Disclaimer: Unlike other sites, We can not guarantee that the information publish above are 100% correct. We’ll always tell you what we find, Therefore the details about the Biography of Zinzile Zungu can be updated without prior notice.

However, If you have any queries regarding Zinzile Zungu Biography, kindly Drop a Comment below and we will respond to it as soon as possible.