Zoe Mthiyane is a South African actress, singer and also the opening vocalist of The Legend of Tarzan 2016 movie. She is best known for playing Katherine in She is King (2017). 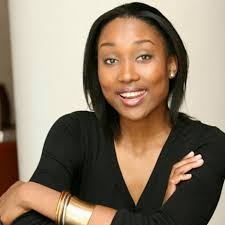 We do not have full information on her age as she prefers to keep her life private and therefore it is not known when she was born or when she celebrates her birthday.

Zoe Mthiyane and Robert Marawa were romantically linked but the relationship did not last long as they later separated. Together they have a son called Awande Marawa who was born on the 18th July 2011 at Netcare, The Bay Hospital in Richards Bay, KwaZulu-Natal.

“I acknowledge and respect your privacy, peace and tranquillity. Regardless, I am content that as the natural father, I am inclined to reasonable access to Awande. For the avoidance of protracted legal processes, I request that we attain an immediate and resolute agreement regarding the upbringing of our child. Your prompt response is anticipated within 5 days hereof.” In Mthiyane’s response, she referred Marawa to her legal team saying: “I was advised to respond with my legal representatives who have since written 2 legal letters to yourself and to date, contrary to your above comments, you have not responded.”

Zoe has two children; a daughter named Lulonke and a son named Awande. Talking on the challenges of single parenthood, Zoe said for her is maneuvering co-parenting.

Zoe revealing to BONA magazine, she said: “I’m finding co-parenting a challenge, and I’m still trying to figure it out”.