Arthur Bartman was a retired South African goalkeeper who last played for Kaizer Chiefs in the Premier Soccer League.

On the 19th of March 2019, his former club Cape Town City FC announced on their Twitter account that he had passed away.

He was working as a goalkeeper coach for Maritzburg United before his death in March 2019. 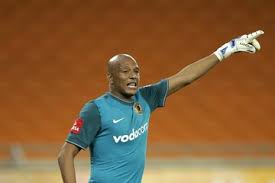 This was confirmed by his hometown club, Maritzburg‚ where he served with distinction as a player and coach.

“The club has learned with sadness of the passing of former goalkeeper coach‚ Arthur Bartman.

“Prayers and thoughts go out to the Bartman family during this time. You will always be a part of the Team of Choice‚” said the club in a statement on Twitter.

Maritzburg did not clarify circumstances surrounding the death of the 46-year-old‚ who was born and raised in Pietermaritzburg. He was to celebrate his 47th birthday on March 26, 2019.