Aubrey Masango is a presenter at talk radio 702, a writer, columnist and a speaker who was given birth to in Mamelodi, east of Pretoria. Aubrey Masango can be said to be an opinionated and outspoken person, as reflected in one of his statements about racism.

He was even asked to apologize for disrespectful” and “denigrating” remarks he aimed at a caller during a show in August 2018 by the Broadcasting Complaints Commission of South Africa (BCCSA), calling him a liar on air. (Timeslive). 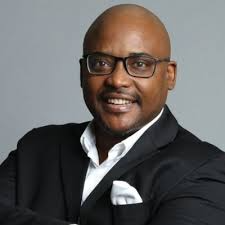 His date of birth and age will be updated soon. He was born in Mamelodi, east of Pretoria.

Aubrey attended the University of Pretoria with his course of study relating to education, At Pretoria, he studied to become a teacher. Prior to his University education, he attended St Johns College in Johannesburg.

After his university education at Pretoria, he went into the business world achieving great heights in all the organizations he has worked in. This earned him a seven-year directorship on the board of a national records management company.

In 2009, Aubrey took on a new challenge by establishing a retail business in his hometown, thereby ending his stint in the corporate world.

Aubrey is a motivational speaker and has delivered lectures on entry-level management at various tertiary institutions and facilitates workshops on a range of topics including deep democracy and current affairs.