Brian Molefe (born 1966 in Pretoria) is a South African businessman and former political activist. He was the chief executive officer of Public Investment Corporation, Transnet, Eskom.

As a politician, he was a member of Parliament for the ruling ANC. In late 2017, Molefe was briefly appointed as a military officer. 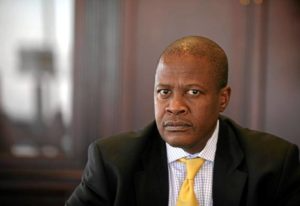 Brian Molefe is married to Arethur Moagi, they both got married in December 2016. Prior to that time, 1993 to be precise he was married to Portia Derby.

Brian is a former business executive at several state-owned enterprises in South Africa. In 2003, he was appointed as the Chief Executive Officer of Public Investment Corporation.

In January 2017 Molefe was sworn in as a member of Parliament. He resigned from the legislature in May 2017.

He has an estimated net worth of about $3 million.