Carel Nel (born 1984 in Bloemfontein) is a South African actor. 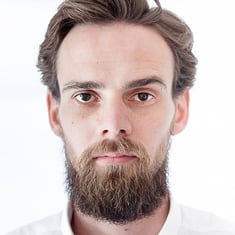 Nel studied BA Drama at the University of the Free State after matriculating at Gray College in Bloemfontein. He moved to Cape Town to continue his career after finishing his education.

In 2019, he got married to actress, Cintaine Schutte. The couple lives in Cape Town.

He has an estimated net worth of $1 million which he has earned as an actor.