Mathale has previously served as the premier of Limpopo and the provincial chairman of Limpopo for the African National Congress. 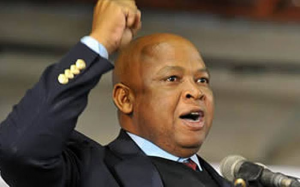 He attended attended Phangasasa High School for his secondary education. Mathale holds a Bachelor of Arts degree from the University of the Western Cape.

Mathale’s wife is Mokgadi Kgohloane. She was one of the directors of Blue Platinum Ventures 16 who were arrested in 2014 after their company started mining activities without permission.

Mathale has an estimated net worth of $500 000 which he has earned from his career.