Here is all you need to know about David Vlok profile….

David Vlok (born 25 January 1963) is a South African actor and former athlete best known for his role as Tim Voster in the South African tele-soap Egoli: Place of Gold. 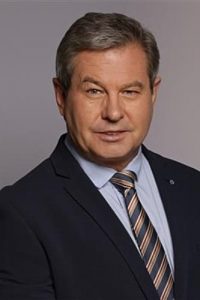 He was born on the 25th of January 1963 in Jagersfontein, Free State, South Africa. As of 2021, he is 58 years old and celebrates his birthday on January 25th every year.

He is married to Anna Kordas who is an attorney.

He began his career in the film industry as a fight coordinator before moving on to work as a stuntman in foreign films.

Reason To Die (1989), Red Scorpion (1989), American Ninja (uncredited), and Jackie Chan’s Who Am I? were among the action films in which he appeared.

He’s also appeared in a number of ads on television.

In July 2006, he learned how to tap dance for Pieter Toerien’s Montecasino Theatre in Johannesburg’s production of Stepping Out.

Disclaimer: Unlike other sites, We can not guarantee that the information publish above are 100% correct. We’ll always tell you what we find, Therefore the details about the Biography of David Vlok can be updated without prior notice.

However, If you have any queries regarding David Vlok Biography, kindly Drop a Comment below and we will respond to it as soon as possible.