DJ Mujava, is a South African DJ and electronic music producer. He has released music through Warp Records, This Is Music and Sheer House. His real name is Elvis Maswanganyi. 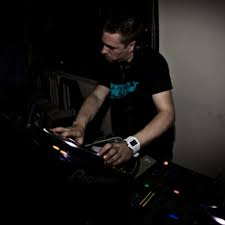 His electronica track “Township Funk” was released on Warp Records in 2008. It was played by Gilles Peterson on BBC Radio 1. He mixed a half-hour session in 2008 on BBC Radio 6 for an episode of 6 Mix hosted by Iyare. He has been featured by BBC Asian Network’s DJ Kayper and Sonny Ji, and BBC Radio 1Xtra’s DJ Edu and MistaJam.He is signed to This Is Music in the UK and Warp Records internationally. He was voted number 34 on NME’s Cool List in 2008, and is a featured artist on the NME website.The film “Future Sound of Mzansi” produced by Spoek Mathambo and distributed by Vice, features an interview with DJ Mujava in which he says that being arrested for marijuana possession resulted in detention in Weskoppies psychiatric hospital and being forcibly injected with drugs that have affected his subsequent music production.

DJ Mujava has an estimated net worth of $500 000 which he has earned from his career as an electronic music producer and DJ.