Ebrahim Patel (born 1962) is a South African politician who currently serves as the Minister of Trade and Industry in South Africa. He’s a member of the ANC.

Patel has previously held the position of Minister of Economic Development from 2009-2019. 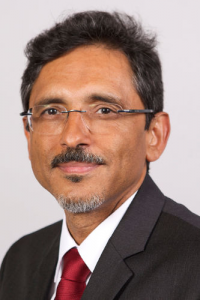 Patel achieved academic excellence while in high school. He graduated from high school in 1979 finishing as one of the top 10 matriculants nationwide.

2008: He was awarded a special medal by UCT at the June graduation ceremony, in recognition of his public service.

1994: He received the Global Leaders of Tomorrow award from the Davos-based Global Economic Forum

He was named as one of the 500 most influential Muslims in the world today in a major public report compiled by Georgetown University and the Royal Islamic Strategic Studies Centre, Jordan.