Gibson Makanda or Gibson Makhanda is an individual some South Africans believed was the imposter Nelson Mandela, who took his place after Mandela’s death in a protest against apartheid in South Africa.

Another group of people thought that the real Nelson Mandela died when incarcerated on Robben Island (house arrest) in the 1980s. 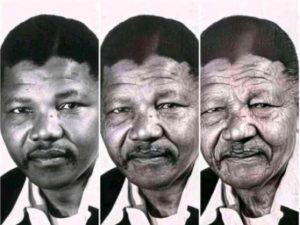 South Africans think that Gibson Makanda was Nelson Mandela’s clone and that he was the one who negotiated the new age of South Africa’s transition from apartheid to full democracy, in which anyone of any color can run in a general election.

They assumed Mandela had died and that a lookalike named “Gibson Makanda” had taken his place. The notion that Nelson Mandela died in jail at Robben Island in the 1980s at the age of 67 has recently acquired traction.

These rumors claimed that Nelson Mandela had been replaced with a “clone” by the apartheid authorities. The clone negotiated Mzansi’s political transition and later became the country’s first democratically elected president.

The family of Nelson Mandela issued a statement claiming that the conspiracy idea involving Makhanda Gibson Makanda is a farce. Zindzi Mandela engaged in a series of online debates in which she refuted the claim.