Here is all you need to know about Jacques Smalle profile….

Jacques Smalle (born 28 June 1970) is a South African politician who has been serving as a Member of the Limpopo Provincial Legislature since 2014, and previously from 2009 to 2010. 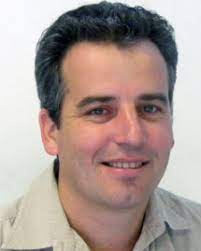 He is married to Heidi Smalle and together they have two children. He resides with his family in the Soutpansberg region of Limpopo.

Jacques was a founder member of the Democratic Alliance, which was previously known as the Democratic Party. In the late 1990s, he began his political career as an activist, aiding vulnerable children in the province, particularly those in Oudtshoorn who suffer from apartheid’s unfair legacy.

In order to have his voice heard, Jacques became a DA councillor in 2000, which allowed him to provide input on a variety of problems concerning local government and community well-being.

Jacques is serving his third term as Limpopo’s provincial leader and is a member of the Limpopo Provincial Legislature. He is also a member of the Agriculture, COGHSTA, Education, Joint Committee, and SCOPA committees, among others.

Disclaimer: Unlike other sites, We can not guarantee that the information publish above are 100% correct. We’ll always tell you what we find, Therefore the details about the Biography of Jacques Smalle can be updated without prior notice.

However, If you have any queries regarding Jacques Smalle Biography, kindly Drop a Comment below and we will respond to it as soon as possible.