Here is all you need to know about Lea Vivier profile….

Lea Vivier (born 15 January 1992) is a South African actress best known for her roles in the popular serials Binnelanders, Mense Mense, and the film Wonderlust. 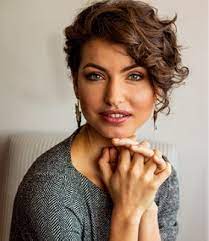 She traveled to Chile after her matric year at Jan van Riebeeck High School and spoke Spanish fluently within six months. She studied acting at the University of Cape Town after returning to South Africa but did not complete her degree.

She did, however, earn a Bachelor of Arts Degree in Dramatic Arts from Rhodes University in Grahamstown in 2015. She then went on to Trinity College London to complete her Grade 8 Speech and Drama course.

She played the role of ‘Louisa’ in the short film Runner, for which she earned the award for Best Actress in a Short Film at the 5 Continents International Film Festival Award.

Then, for the film Wonderlust, she won the Silver Screen Award for Best Actress. She appeared in the films Die Spreeus in 2019 and Fynskrif in 2018.

Aside from film, she has been in a number of TV series, including Binnelanders, in which she portrays ‘Lika’ in 2017. She also played ‘Jade’ in the serials Die Kasteel, Die Spreeus, Fynskrif as Lilani du Toit, The Docket, and The Girl from St Agnes.

She portrayed the lead character of ‘Salomé’ in the TV series Mense Mense in 2018.

She has an estimated net worth of $250,000 which she has earned as an actress.

Disclaimer: Unlike other sites, We can not guarantee that the information publish above are 100% correct. We’ll always tell you what we find, Therefore the details about the Biography of Lea Vivier can be updated without prior notice.

However, If you have any queries regarding Lea Vivier Biography, kindly Drop a Comment below and we will respond to it as soon as possible.