Here is all you need to know about Philip van Staden profile….

Philip van Staden (born 5 December 1975) is a South African politician from Gauteng who has been serving as a Member of the National Assembly of South Africa for the Freedom Front Plus (FF+) since 2019. 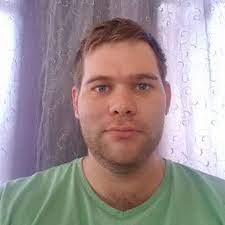 He matriculated from Pretoria North High School after attending Voortrekker Eeufees Primary School. He first got active in politics when he was a teenager.

He chaired the Afrikaner Volksfront branch in Pretoria North when he was 17 years old. After graduating from high school, Van Staden worked as a businessman.

In 2014, he got married to Sumare Schonken. Together they have one daughter.

He was elected to the Gauteng provincial executive committee of the party in 2008.

He was elected as the party’s deputy provincial leader in 2013, a post he still maintains today. He is also a member of the federal council of the party.

He was elected to the Gauteng Provincial Legislative Assembly in 2014. He sat on the programs, rules, local government and traditional affairs, roads and transportation, petitions, ethics, and human resources committees in the provincial assembly.

He ran for parliamentary office in Gauteng in 2019, and was elected to the National Assembly and sworn in on May 22, 2019.

Disclaimer: Unlike other sites, We can not guarantee that the information publish above are 100% correct. We’ll always tell you what we find, Therefore the details about the Biography of Philip van Staden can be updated without prior notice.

However, If you have any queries regarding Philip van Staden Biography, kindly Drop a Comment below and we will respond to it as soon as possible.