Later the same month, Cricket South Africa awarded him with a central contract for the 2019–20 season. 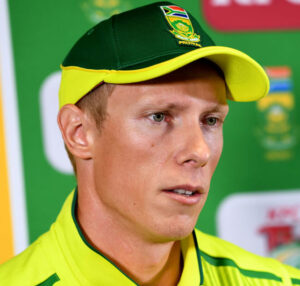 In August 2017, he was named in Cape Town Knight Riders’ squad for the first season of the T20 Global League.

However, in October 2017, Cricket South Africa initially postponed the tournament until November 2018, with it being cancelled soon after.

He was the leading run-scorer during the 2017–18 Sunfoil Series, with 959 runs in ten matches.

He was the joint-leading run-scorer in the 2018–19 CSA T20 Challenge tournament, with 348 runs in ten matches.

On 3 June 2018, he was selected to play for the Vancouver Knights in the players’ draft for the inaugural edition of the Global T20 Canada tournament.

Rassie van der Dussen was the leading run-scorer in the tournament for the Vancouver Knights, with 255 runs in eight matches. In the same month, he was named in the squad for the Highveld Lions team for the 2018–19 season.

In October 2018, he was named in Jozi Stars’ squad for the first edition of the Mzansi Super League T20 tournament. In June 2019, he was selected to play for the Vancouver Knights franchise team in the 2019 Global T20 Canada tournament.

In September 2019, Rassie van der Dussen was named in the squad for the Jozi Stars team for the 2019 Mzansi Super League tournament. In December 2019, he was picked by Islamabad United in the supplementary round of the 2020 Pakistan Super League players draft as their last pick.

In July 2020, Rassie van der Dussen was named in St Kitts & Nevis Patriots squad for the 2020 Caribbean Premier League. However, van der Dussen was one of five South African cricketers to miss the tournament, after failing to confirm travel arrangements in due time.

During his debut, Rassie van der Dussen came within just seven runs of scoring a maiden ODI century on debut before he fell for 93. He followed this with an unbeaten 80* at Kingsmead Stadium three days later. He finished the series with 241 runs, averaging 120.5, across the five ODIs.

Van der Dussen was then retained for the ODI series against Sri Lanka in March. He scored 112 runs across four ODIs including one fifty and finished the series with an average of 56. In April 2019, he was named in South Africa’s squad for the 2019 Cricket World Cup.

Louw has an estimated net worth of $500 000 which he has earned as a cricket player.