Themba Ndaba (born 14 February 1965) is a South African actor and director known for casting in the movie Machine Gun Preacher and in the series Zone 14. 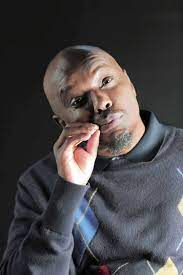 He began his education in 1970 and graduated from St Marks High School in 1982. In 1983, he moved to Zimbabwe to study Economics and Statistics.

He took a break from his education to work as a banker in Harare. He studied at Harare Polytechnic from 1986 to 1988, graduating with a Higher National Diploma in Business Studies with a distinction in Economics and Statistics.

He married actress Sophie Ndaba in 1998, with whom he had two children; the couple split in 2007. He married Josey Ndaba in 2011 and they have one child together.