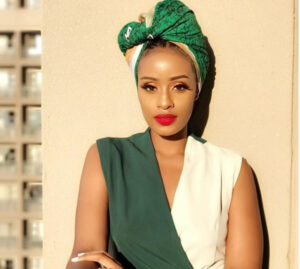 She graduated from the Durban University of Technology in March 2016. Ever since her graduation from college, she has been seen attending several other classes to complement her first degree.

She is currently in a relationship with South African rapper Cassper Nyovest. Together they have a son named Khotso who was born 13 September 2020.

Her mum is a wealthy businesswoman whose name is Ntombimpela Majozi. She is into events planning and has several other investments. She also has one younger sister.

She has an estimated net worth of $1 million and she is one of the richest Instagram celebrities in South Africa.