Tom Alweendo (born 17 March 1958 in Omusheshe, Oshana Region) is a Namibian businessperson and politician who has been Minister of Mines and Energy since 2018. 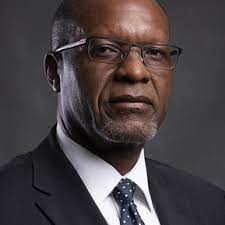 In February 2018, Alweendo swapped places with Obeth Kandjoze as Minister of Mines and Energy in a Cabinet reshuffle.

He has an estimated net worth of $1 million which he has earned as a politician and businessman.