Darren Simpson (born 19 April 1977) is a radio presenter (as of 2015) working for Primedia a broadcasting company that owns the radio stations 947 and 94.5 Kfm in South Africa. He is popularly known as Darren “Whackhead” Simpson. 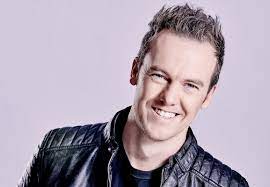 He announced his engagement to Samantha Teixeira on February 2, 2010. On September 25, 2010, the wedding took place.

Jeremy Mansfield formerly presented the show under the moniker The Rude Awakening. On 3 April 2017, the Breakfast Xpress Team switched time slots with Anele Mdoda and the 947 Drive Team and is now known as 947 Xpress Drive.

He has an estimated net worth of $200,000 which he has earned as a comedian and radio presenter.