Here is all you need to know about Refiloe Nt’sekhe profile….

Refiloe Nt’sekhe (born 28 April 1977) is a South African politician who serves as a Deputy Federal Chairperson of the Democratic Alliance (DA). 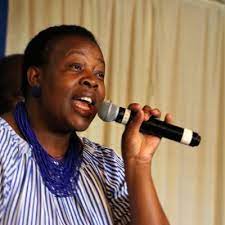 She graduated from the University of Cape Town with a degree in politics and philosophy. She went on to earn a master’s degree in marketing from the same institution.

She was a member of the South African Liberal Students Association during her student years in the 1990s (SALSA).

Nt’sekhe was previously married and she has three children.

She was named the DA’s national director of the LEAD program in 2009. In the 2011 municipal election, she was elected ward councillor for ward 24 of the City of Ekurhuleni Metropolitan Municipality.

Tembisa’s section of the party quickly chose her as constituency head. The DA appointed her as their Gauteng provincial spokesman the following year.

At the DA’s Federal Congress, held between October 31 and November 1, 2020, Nt’sekhe was re-elected as the party’s first deputy federal chairperson. She is now serving alongside Anton Bredell and Jacques Smalle.

She has an estimated net worth of $1 million which she has earned as a politician.

Disclaimer: Unlike other sites, We can not guarantee that the information publish above are 100% correct. We’ll always tell you what we find, Therefore the details about the Biography of Refiloe Nt’sekhe can be updated without prior notice.

However, If you have any queries regarding Refiloe Nt’sekhe Biography, kindly Drop a Comment below and we will respond to it as soon as possible.