Zweli Mkhize (born 2nd February 1956) is a South African politician, doctor, and legislator. He is currently the Minister of Health of South Africa.

From 2012 to 2017, Mkhize was the former Treasurer-General of the African National Congress. He was also the Minister of Cooperative Governance and Traditional Affairs from 27th February 2018 to 25th May 2019. 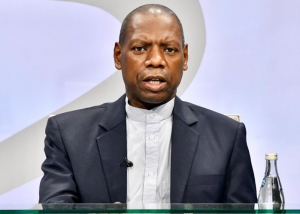 His wife is known as Dr May Mashengo and together they have one daughter called Nokulinda Horwood and one son named Dedani Mkhize.

He attended Dlangezwa High School. After completing his matric, he enrolled to pursue an MBChB degree at the University of Natal in 1982.

Mkhize then attended and completed his internship at McCord Hospital in 1983. He then worked at Edendale Hospital in the years 1984 which is established in Pietermaritzburg.

He is believed to have an estimated net worth of around $46 Million. His actual annual salary is still under review.